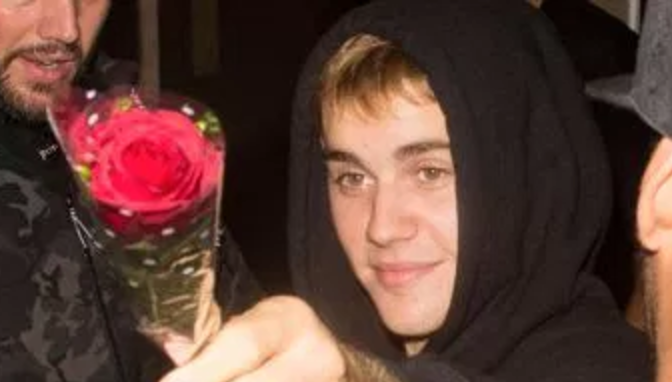 Almost worse than “men” who drink straight up frosé is the “man” who tries to bill his pillaging of a woman’s sole right toward the dainty and femme as brosé. But beyond it being merely a word used to rebrand something distinctly feminine into something slightly more masculine (though, in truth, it might actually sound more effeminate), brosé is also its own form of beer. That’s right, in your very own grocery aisle, you can find an extra special in its douchery form of this beverage.

Those who have capitalized on a trend that has been sanctioned by the oh so appropriate unofficial spokesperson of sucking it down, Justin Bieber, are banking on the mass dicklessness of “men” not just throughout Brooklyn, but all of America. Fully aware of the laxity that has befallen the definition of machismo in the past ten years (even ancient Greeks having homoerotic encounters appear butcher in comparison to the dainty ass motherfuckers currently pervading the scene called “male”dom), beverage companies with the power to turn dicklessness into cash aren’t wasting time. As commented on by The Drinks Business, “An increasing number of male drinkers are embracing rosé in what has been dubbed the ‘brosé’ phenomenon, as rosé shakes off its female-only image and the top examples are taken more seriously as fine wines.” Now if only “men” could shake off their “pussy-only” image while drinking such fare.

Though “men,” for the most part, do all they can to shy away from the paternal (always demanding a DNA test on former trash TV staples like Maury and Jerry Springer), there is something biological that occasionally possesses them to, for no apparent reason, clutch to a woman’s stomach. It can be someone they know intimately or merely an acquaintance in passing. There is no rule for degrees of familiarity that will prevent a “man” from the impromptu stomach clutch.

Whether this is due to a woman’s so-called “ripeness” for pregnancy or because the “man” in question sees something in her that makes him want to father her child is indiscernible. All that’s known for certain is that any sensible woman would do well to keep her midriff area angled strategically from any and all “men” approaching, lest it be grabbed at random and for an indeterminate amount of time. I mean, what if she really was pregnant or something and didn’t want to call attention to it? It’s really enough to make a girl feel absolutely rotund from having to suck it in out of nervousness. Jesus, it used to be all you had to worry about was an ass or tit grab, but now we have to add the paunch to the mix, too? Oh, yeah, and apparently pussy thanks to Trump. Is no body part on the female sacred? Well, the answer to that was already made clear when God or whoever told us all that Eve was crafted from Adam’s rib. If she’s an extension of his body, then why shouldn’t he be able to paw at her as he pleases?

There’s an age-old promise “men” have relished making to the women they’re trying to bang on the reg. That promise, of course, was immortalized by Aladdin when he told Jasmine, “I can show you the world.” But before the magic carpet ride that ruined most little girls’ perception of travel, there was Summer With Monika–an Ingmar Bergman movie that, for one of the first times in cinema history, painted the woman as the adventurer/wanderluster, the one seeking to run away from it all and avoid responsibility. Released in 1953, only Roger Vadim’s …And God Created Woman three years later would paint a similar picture of how the female seduces the “man” for her own escapist benefit. The “man” is not her imprisoner, but her ticket to freedom–though “men” view marrying a woman as quite the opposite.

The reason that this archetype is portrayed so sparsely in film, of course, is because women aren’t often this way. And they are certainly not the ones making promises about how getting away from it all, eschewing all encumbrances, etc. is the ticket to fortifying romance. On the contrary, women tend toward the pragmatic belief that to stay in one place–to nest, as it were–is to build a lasting relationship. And maybe this is for good reason. Because any woman who has ever attempted to go on the journey with her so-called beloved, to uproot it all for the promise of living on love has usually been forced to return to her origin city with her tail between her legs. But at least she has something in between her legs–most “men” who promise to take you away from it all do not. 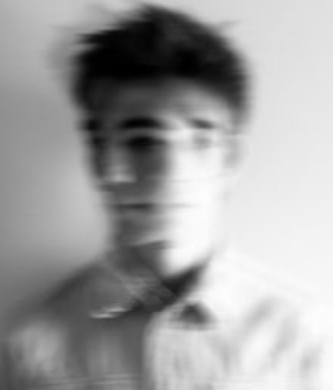 “If I’m a white ‘male,’ that means I’m the oppressor, right? That’s why I identify as gender fluid.” So another nail in the coffin of “heterosexuality” is hammered. That a “man” of the Caucasian persuasion could express this form of deflective logic to avert the bubbling condemnation that women and minorities of all varieties (black, trans, Hispanic–the gamut) that aren’t, statistically speaking, really minorities as they lash out against the Trump juggernaut is telling of the overall callow nature of a person purported to have a dick.

That the white “man” is already a minority in Census Bureau numbers (“population growth is fastest among minorities as a whole, and according to the Census Bureau’s estimation for 2012, 50.4% of American children under the age of 1 belonged to minority groups”) is likely what makes him want so badly to feel apart of something he never can be. For, in truth, there is no one gender and ethnicity like the white “man” in terms of the fact that he feels most guilty of all for being a congenital piece of shit. This is so often the underlying reason for why he puts his assholery on blast in the vein of Hitler. It’s like Taylor Swift surrendering and essentially saying with “Look What You Made Me Do,” “Fine, you want me to be the villain? Then I’m gonna fuckin’ do it to the nth degree since everyone despises me anyway.”

Then again, the other side to the coin is being a spineless little turd that lays claim to “gender fluidity” so as not to offend anyone, cowering in the corner like the dickless worm he is. On the plus side, the type of “man” usually making this declaration isn’t very attractive to begin with and is therefore no real loss to the last of the straight women still taking faint stabs at monogamy.

In these “modern” times, it’s a challenge to find anyone–“male” or female–that dresses on your level. More often than not, you’re lucky if you stumble upon someone who wears anything other than a snuggie-similar garment upon exiting the apartment. But for those who still actually put clothes on that have buttons and zippers, being seen in public with the garden variety schlub that tends to abound in this town can be a constant source of embarrassment. I mean, didn’t New York used to be the only U.S. hub of high fashion?

Further, when taking into account just how fey and feminine “men” have become ever since the term “metrosexual” was coined in 1994 and became a household word as a result of Queer Eye for the Straight Guy and David Beckham, one would think that they would at least feel inclined to take greater pride in their appearance. But no, it’s just as Cher Horowitz said: “I don’t get how guys dress today. I mean, come on, it looks like they just fell out of bed and put on some baggy pants, and take their greasy hair—ew!—and cover it up with a backwards cap and, like, we’re expected to swoon? I don’t think so!” This is, however, apparently exactly what “men” expect, making you look as though you’re constantly dressed in a ball gown in comparison to their perpetual frumpery. So until you find your Jareth the Goblin King, you might prefer to walk the streets alone to spare yourself the trauma of being seen with someone sartorially unworthy.

It might have been romantic–even “edgy”–to get a “Love Will Tear Us Apart” tattoo when the song first came out in 1980 and held a meaning that wasn’t overly commodified by the abstract noun “hipster.” But in 2017, seeing a “man” sporting this Ian Curtis aphorism (especially if it’s situated right above his heart) is nothing if not an indication of just how little he cares for anyone but himself. The tattoo is not an expression of his sadness over a love lost or his genuine belief that l’amour causes nothing but heartache. It is a method of luring in naive pussy.

Because yes, a certain type of girl will find it charming that a “man” has emblazoned this mantra on his skin–a sign of tenderness and passion. But the only thing the lyric signifies in tattoo form is a tender dick and passionless mind. He is a phony baloney with no concept of just how fucking much it pains to experience attachment of any kind. He can let go in a way Ian Curtis never could–which is, in part, why he had to commit suicide, being unable to choose between two women and all. The “man” with the immortal quote on his body, however, is likely to live a very long life sustained on his egoism and falseness alone.