Picasso, Gaugin, Matisse. “Men” are so good at painting. False portraits. One of their favorites on the list of greatest hits called Duping a Woman is creating the illusion of a magical first (and maybe even second and third) outing together that is pretty much a replica of Javier Bardem’s sauverie in Vicky Cristina Barcelona. Depictions of eating decadent food (though not so much so as to be too full to fuck), drinking “expensive” wine (though what he views as expensive might not align with your perspective) and talking about “life and love”–whatever the fuck that means–will take the average woman for a ride. Even if she’s already been through the wringer of being made a fool of once or countless times before, she can’t help herself. Believing “men’s” lies is, in part, how women survive, persist in helping the patriarchy perpetuate the false notion that there is such a thing as happily ever after.

So she wavers, lets the falsely painted portrait appeal to her apparently dull senses. For, in truth, there is no imagination to the skeevy date agendas of “men,” the last of the “straight” ones of which will only get creative in how they can make a splash with their “penis” for the purposes of spending as little time and money on the endeavor as possible–ergo the thickness with which they will slather on the ephemeral charm. But, even Vicky (Rebecca Hall)–fortress-like pragmatist that she is–can fall victim to the full-on Monet (oops, mixing movie analogies here) that is a “man’s” presentation of how things will be, with the asterisk’d caveat that it can only be so for a maximum of no more than three to five fucks’ worth of “romance sessions.”

“Men” aren’t very agile, least of all in the emotional realm. The only thing they’ve really (theoretically) got going for them is some physical prowess. The kind that would enable them to do a backflip with the same zeal and amorous-inspired gusto of Andy Bell in the video for “Always” (which you should really watch in its entirety below so as to perhaps one day be able to simulate a feeling for another). And yet, you never see “men” doing backflips for women, do you? Neither metaphorically nor literally.

As Bell at first descends upon the Kill Bill Vol 1.-like Japanese snow garden, the object of his affection is frozen in more ways than one, impervious to the charms of his ardor. That all changes when, just as Bell sings, “Always, I want to be with you/To make believe with you, and live in harmony, harmony,” he miraculously brings forth the spring weather that will unlock the heart of this naturally Asian woman (you know how white “guys” are). While petals fall from the sky and at the sight of her very slight movement, Bell is suddenly overcome with joy, feeling inclined to do cartwheels and flips that express just how elated he is that she exists. All at once, he’s bringing her flowers, levitating and brushing her hair gingerly. It truly is a series of scenes so unbelievable that we can only process it as camp of a bygone period that can never be re-created again.

But wait, what would a love story of a bygone period be without a villainous knave coming to interrupt the peaceful love nest built by the enbubbled couple? Which is precisely why a dark force enters the garden and tries to bring back the winter. But no, Andy Bell won’t have that. He will protect his love at all costs. He doesn’t do anymore backflips, but he does conclude with another hair brushing session. In real life, this would either be creepy or meant that you had a latently gay “boy”friend (somewhat hypocritically, Bell once commented, “I won’t portray a heterosexual in videos and we’re consciously doing lyrics that could apply to either sex.” That rule definitely didn’t apply here–maybe that’s why he had to flee the scene in the end, acknowledging that he had to take his love elsewhere, possibly to another “man”). Somehow when Andy Bell engages in this over the top behavior though, it makes you see how lacking all your past relationships have been. As the narrative draws to a close, however, it does appear that he’s levitating away from the garden, likely having gotten his fill of the same woman and opting to do backflips in someone else’s garden, if you catch my meaning.

So many “men” can’t help but possess a congenital and unshakeable Peter Pan Syndrome–one that they tend only to cling to all the more as they get older. For the further away they get from youth, the further away they get from having a viable excuse to be such a fuck-up. An “average” if you will. In this fashion, anytime the discovery of a “vintage” photo (vintage, meaning, in this case of “male,” 1990s) comes along–usually by the subject’s over fawning mother, largely responsible for this hollow excuse of a being–a “boy” seizes upon it as an opportunity to show his fake friends throughout various channels demanding a profile picture that, yes, he was once a pure spirit. Not the diabolical knave you see before you today–or rather “see before you” on the internet.

In general, the sort of “man” that gives us a childhood profile photo will keep it there for quite some time (unless, of course, a novelty photo materializes from Vegas to up the appearance of his so-called game–for some reason, every “man” seems to actually want to look like a fuck”boy”). So that we may always understand the exact proportions of his dick–for it has never expanded its dimensions beyond preadolescence. But isn’t he just so fucking cute and forgivable in zygote form? 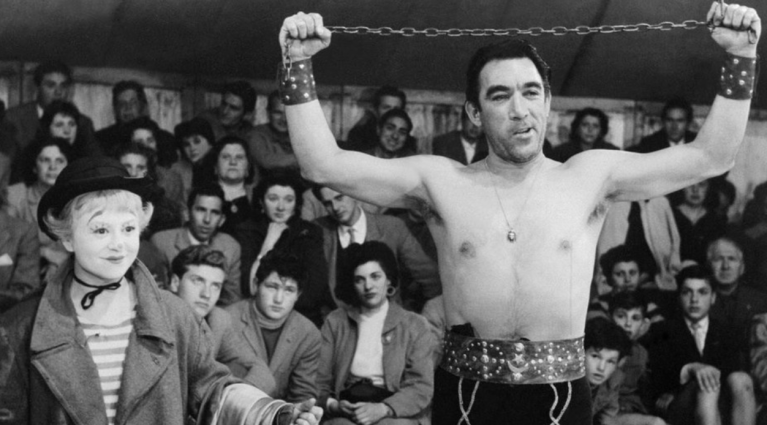 There’s a lot of “freaks” out there. It was the basis of an entire Sex and the City episode, for fuck’s sake (season two, episode three–“The Freak Show”–you should watch it, even though it’s really hard to be reminded of New York when it wasn’t so flaccid). But most of them are freaks not because they would have served well as extras in Tod Browning’s film of the same name, but because they actually have the gumption to sell themselves in this manner, parading themselves as “open,” “progressive” and hippy dippy or what have you when, in actuality, at the end of the day all they want is a muhfukkin basique. A non-Katie (a.k.a. complicato), like all the rest.

Yet possibly due to a typically youthful desire to seem rebellious and/or original (unfortunately youth extends interminably in most “men’s” “minds” these days), the faux freak “male” likes to feign that he’s as kooky and creepy as any sideshow attraction. This often translates into making a lot of random sounds, pretending to take an interest in off-brand bedroom behavior (when really, missionary is always his go-to in between the usual lackadaisical request for up the ass) and, for a time, seeking to pair with a girl who is as equitably 1950s queer as he is. However, every faux freak of a “man” grows tired of the charade with the girl who is genuinely a weirdo, ultimately taking his circus tent to a new metaphorical town (read: vagina) to perform another private show (as Britney Spears would call it), one that will enrapture a more basique element in the end, for that is what he truly wants–to be the so-called “special” one of the relationship.

As the “feminist” “movement” increasingly becomes the sort of fad that prompts Urban Outfitters to sell t-shirts with the three syllable word on it, “men’s” commonly held notions about what one should look like (chiefly a short-coiffed, homely, ill-dressed, long armpit-haired being) ought to evolve quickly if they don’t want to further incriminate themselves to the world about just what narrow-minded pieces of shit they are.

This false perception “men” have of only “ugly” women being capable of rage and contempt for the centuries-long acceptance of female oppression probably wasn’t helped by our Lord and Savior, Valerie Solanas. Then again, most “straight” “men” have nary a clue who that is unless they happened to catch a certain episode of American Horror Story: Cult. What’s more, when the type of dickless “men” I’m referring to think “ugly,” it is in the manner that has so often prompted the Hollywood trope of a woman getting a makeover by the simple removal of her glasses and the addition of a form-fitting dress to her wardrobe.

And yet, it’s actually easier for “men” to position a feminist to themselves in this manner–the manner that assumes she wouldn’t be a feminist if she was pretty enough to finagle herself a “man.” Comforts them in the belief that it’s merely a “trend” that will pass more attractive women by after enough time has lapsed and some more liberal celebrity takes the presidential office.

John Michael McDonagh’s 2016 film, War on Everyone, oft memed, rarely watched, paints this issue most succinctly when Alexander Skarsgård in the role of Terry Monroe daftly asks, “Can you be a feminist and still wear hot pants?” The guilelessness of this question gives a genuine insight into how most “men” think, persisting in truly believing that to be hideous is to be a feminist–in their minds, still a synonym for harpy. That is, if such an age-old insult is even in their Newspeak vernacular. So to break down the answer to that query very simply: you can be a feminist and wear whatever the fuck you want. Even the polar opposite wardrobe piece, a burka–which packs even more power because it hides the only thing “men” care about in a woman: her body.