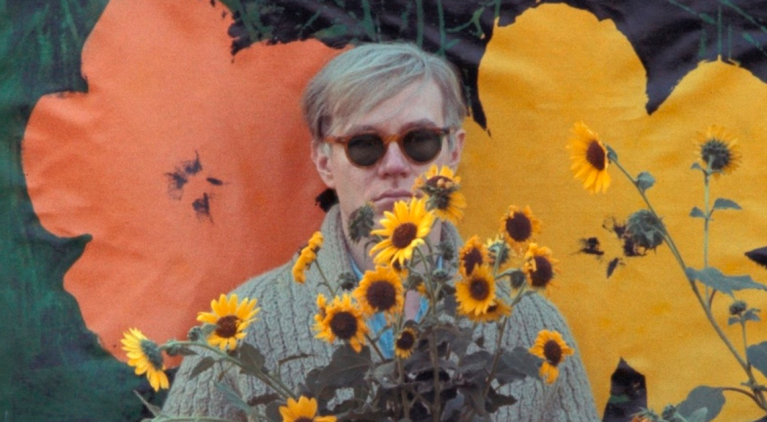 What could be wrong with a celebration of love?–regardless of whether that government-sanctioned day is, as Liz Lemon noted, “a sham created by card companies to reinforce and exploit gender stereotypes.” Nothing, one supposes–at least on the surface. The surface of which is made those who retch at the sight of couples in restaurants that have been overcrowded on February 14th to feel like they’re overreacting for such retching. But are they, when it’s one of the most blatant visual manifestations of phony baloneyness?

Why can’t “men” feel inclined to express this level of a bathetic display every day of the week, if he’s so goddamned in love, huh? Why is the effusiveness treated as obligatory rather than of his own bona fide volition (as opposed to engaging in the V-Day charade solely for the benefit of cajoling his significant other into doing something “different” in bed, because straight people need an excuse to do such things). In short, Valentine’s Day speaks to all the ways in which passion can never be sustained in the way we’re taught to believe it can by essentially every piece of pop culture (and, for some of us, even our parents have managed to outfox the goading average statistic of divorce).

This is precisely why a “man” walking down the street with flowers in hand on Valentine’s Day or taking “his girl” out to a restaurant is the very symbol of the perpetuated lie we’ve all bought into for so long. The myth of the happy couple that, more often than not, can feel just as miserable as someone “doomed to wander the planet alone like the Incredible Hulk.” Because they’ve told themselves that to believe in the lie is to avoid the shame of being seen alone in public on occasions like Valentine’s Day, Christmas Day and essentially every other day of the year that is tailored for single-shaming. So if you’re a couple who, like many an “unattached” person that chooses to stay sequestered on February 14th, maybe there is a shred more genuineness to your relationship than those parading it around like self-righteous little assholes.

In addition to the “man” incapable of the grand gesture, so too is the “man” who makes a shitty gesture just as terrible to deal with. And because many “men” apparently find it a challenge to resist making you feel like little better than a product on an assembly line by choosing to go on Tinder while in front of you, those same ones somehow feel it’s a grand gesture to delete Tinder from their phone.

After all, what could be a cheaper, less involved method to show a girl you care in time for Valentine’s Day? Moreover, there’s no real risk or commitment to the so-called “expression of devotion,” as the “man” in question can always re-download the app at a later point in time (probably the next day) as he sees fit. The fact of the matter is: “men” of the twenty-first century know nothing of how romance is done, choosing instead to always half ass it because, well, they can. It’s the damned ratio, I tell you. The second learned and faux learned “men” alike got wise to it, the heart candy option for “I Deleted Tinder” became viable.

With Valentine’s Day imminently upon us (sometimes otherwise known as Singles Shaming Day), the calling into question of the average “man’s” abilities on the romance front is well under way by women throughout the land. In truth, it’s almost better when a “man” does nothing at all rather than attempt a shoddy act of enchantment, such as making a meal and then presenting it like a pile of dog shit. 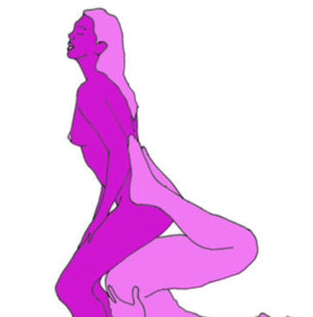 We all get it, Valentine’s Day is a cheesy, often pressure-laden “holiday.” But still, we must submit to it whether we think we can avoid it or not. For to ignore it would be like ignoring that positive STD test you just got back: unwise. Thus, if you want to truly impress the woman in your life on this day of commercialized love, you ought to do more than simply give a gift or shell out for dinner.

At least give her a faint glimmer of an orgasm

What am I talking out? Like Salt-n-Pepa, sex. It’s time to deviate from your missionary/reverse cowgirl norm and do something drastically pleasurable. The reason for saving it for Valentine’s Day? ‘Cause then the bitch might actually get used to your “dick” being equipped for decent fucking on the regular. And we all know you can’t sustain that level of expectation. So come Valentine’s Day, if you can’t mix it up in her vagina, at least have the common decency to give head. It shows you care and might just be in possession of a dick after all.

When you’re in love with a broad, it’s important that you display it accordingly. Lackluster demonstrations like flowers or chocolate on Valentine’s Day are not only cliche, but show an utter lack of innovation. A complete failure to do anything at all, of course, makes you–to quote Shirley Manson on Kanye–a twat. 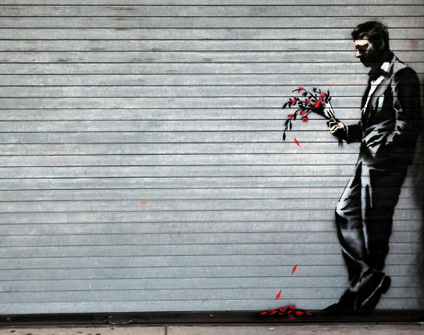 Your flowers are as shriveled as your penis

The best “man” to take a page from in ardency, really, is Sid Vicious from (in case you’re daft and don’t know) the Sex Pistols. The all-consuming love he felt for crack whore-chic Nancy Spungen is all you need to know about how it’s done in terms of expressing passion. Did he ultimately kill her? Yes. But it was out of love. And honestly, maybe death is a better fate than sitting in some cheesy Williamsburg restaurant on Valentine’s Day.
Widgets