Possibly the most distinguishing factor about New York isn’t the bagels, the pizza or the pervasive stench of trash. It’s that, for whatever reason, “men” feel extremely comfortable with singing in public–whether on the sidewalks, on the train or while they’re standing in line waiting for the food and drinks they can’t afford. It doesn’t necessarily have to do with a desire to express happiness or “be discovered” as it might have in the old days of New York when people still actually had talent to be unearthed, so much as the intense need to be noticed by someone–anyone. And that person, unfortunately, is going to be you.

Though you’ve lived in New York for longer than most people ought to while still not risking coming within in an inch of your irrevocable insanity, you still haven’t learned how to tune out the vexatious sound of “men” who sing along with whatever is on their headphones or, worst of all, rap along. Who knows what it is about this “concrete bunghole where dreams are made up” that leads “men” to feel so comfortable with putting their vocal inabilities on blast ad nauseum. All that can be said is that if their bedroom moans sound half as grating, you might want to invest in an array of earplugs for engaging with “men” both in outside and inside environs. 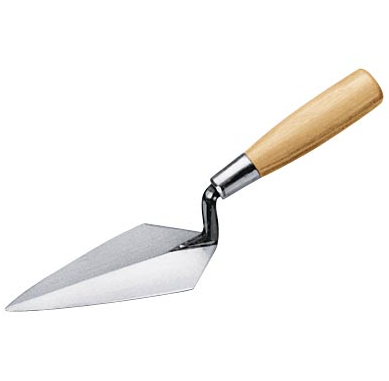 Trowels can also be a handy go-to for substituting either your own dick or passing off to your lady of the moment to use as a strap-on/dildo situation. They also make a great murder weapon for the Patrick Batemans of Williamsburg or a great cheek slicer for those looking to emulate Heath Ledger as The Joker, which you’ll inevitably want to do if you keep living your life of dicklessness and materialism.

The emphasis on grooming and primping for men in Williamsburg and in general has long ago reached the point of parody. It makes no sense that any man would want to spend time or money on looking better when they could just as easily go around looking like shit and still get laid.

Charles Manson built his entire following, all while looking like shit

You see, it’s quite simple. Based on the ratio of women to men in this city–and on planet Earth–men have carte blanche in terms of their aesthetic. Women are basically just happy to encounter a straight man in the modern epoch. If you have a dick (which you probably don’t), a woman will be more interested in that fact than acknowledging that you’ve spend thousands of dollars on manscaping, designer clothes and a condo (the whole Patrick Bateman package). Just be your slovenly self. If I could, I would, but I’m missing a dick.
Widgets