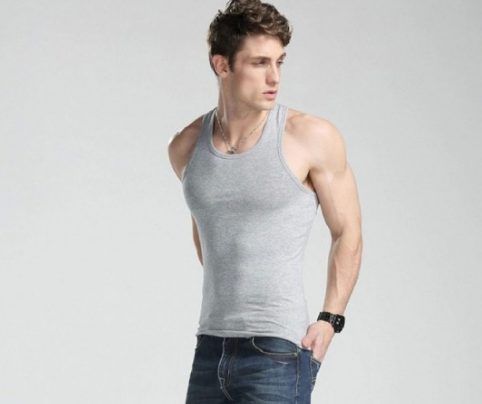 Because the twenty-first century seems to be all about opening its arms to gender neutrality, the previous limits of “male” fashion have been all but lifted entirely (see: Oak). Case in point, the average Williamsburg “man’s” comfortableness with wearing a tank top–whether smooth skinned or not.

With the heat dome upon us all, one has a feeling that it might not even be safe to leave the house until Tuesday, as it’s pretty much guaranteed that going outside the confines of your dickful zone will ensure the sighting of an army of tank topped “men,” sporting shades of pink, peach, minty green and other such fey colors.

Understandably, a “man” wants to keep cool because he never would have had it within him to build the pyramids (where at least “men” went topless altogether rather than attempting the guise of a tank). But honestly, show the classic parameters of fashion some respect–as well as other people’s eyes who don’t want to see your soft ass body flapping about.