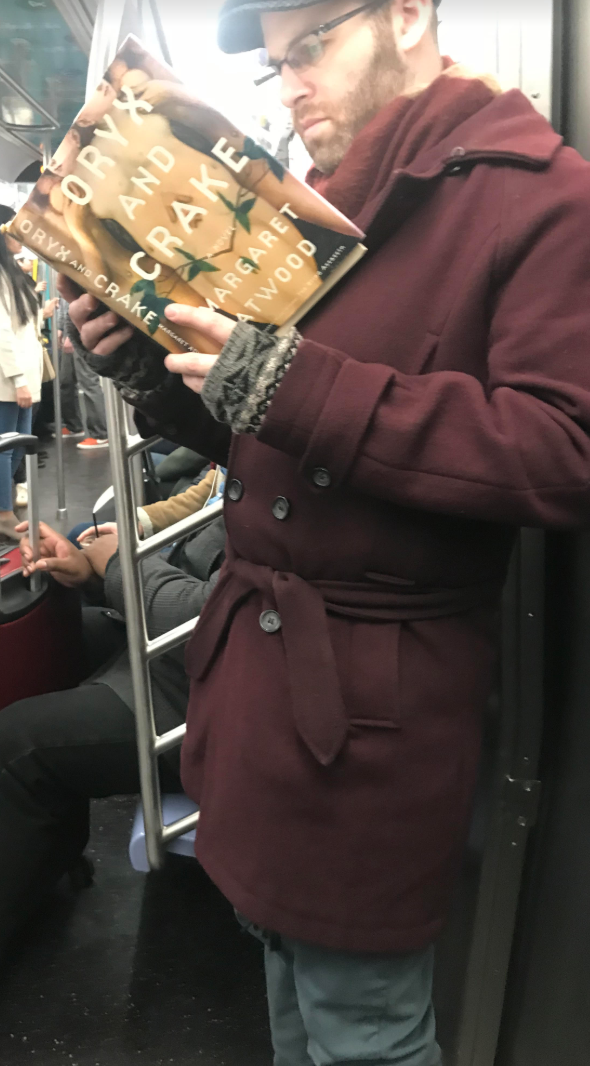 One understands that in the era of what “men” will look back upon as the Henpecking Dark Ages after they inevitably reclaim their power upon finally making The Handmaiden’s Tale a reality that, in the now, it’s very important to come across as “feministic.” For self-preservation purposes more than a genuine belief in the merits of women beyond their mouths when they’re not talking. Of course, what greater emblem, literary or otherwise, of said adjective is there than Margaret Atwood? She, the grand creator of dystopian realities generally involving more pronounced instances of female subjugation, has become quite “accessible” all of the sudden to the average “bloke,” particularly the kind bearing a blanco skin tone.

He wants everyone around him to know that he “gets it.” He gets it so much that he wants to make sure you see he gets it by carrying around a large hardcover book with him throughout town so that everyone everywhere can comprehend just how “with it” he is. Though if he was actually with it, he might consider buying a fucking “man” bag so as not to be forced to carry such a cumbersome tome. But then, that would defeat the entire purpose of reading Margaret Atwood, wouldn’t it? If it was concealed within a glorified purse. How would anyone know what a “man” just minding his own business with no intent of reading for mere show was reading if he couldn’t demonstrate it with a handsome and large edition?

“We should all be feminists,” sure. But we should not all read Margaret Atwood to fucking prove it.

Just as it is with film, so it is with books that “men” of an often pretentious nature have a very specific arsenal of go-to recommendations tailored toward impressing women that they think are intellectually inferior anyway. From Raymond Chandler to Gunter Grass, the “man” with the book recommendations is calculated in his choices, wanting to be just esoteric enough, but not so obscure that the girl he’s trying to impress is made to feel totally stupid. Because heaven forbid she could actually know anything beyond what was suggested to her based on titles she’s viewed or purchased on Amazon. Or even be cognizant of what “true literature” (code for: written by a blowhard) really is.

And while the novice sort of female, the kind who is usually too young and not well-read enough to know better (this is, in point of fact, just one of two reasons why “men” have a predilection for zygotes), might be impressed by the “sweet nothings” not so much whispered as touted in the form of his literary knowledge, those who have been through it all before at this point will know that the best approach to “listening” is simply nodding along as best as you can without eye-rolling. Letting him have the orgasmic satisfaction of believing that you believe that he hasn’t recommended these same exact novels to every other pussy that has had the misfortune of entering his con artist life. That this is “custom content,” if you will–reading advice given purely from a place of wanting to suggest something tailored to your personality and interests, when, in reality, it’s about his own self-validation. You’re so smart, [insert white guy name here]. You’re so worldly, [insert white guy name here]. And before you know it, he’s cum all over the books he’s peddling toward you.

Believe it or not, it’s usually women who enjoy the writerly stylings of Charles Bukowski. He just has that quality that screams “Daddy,” and it always gets to women like Lizzie Grant. And while some “men” might admit that he has a certain cachet, you’ll rarely find one as enthusiastic about him as a layday.

Maybe it has to do with how non-“sophisticated” his writing is. Aspiring “male” writers are generally grandiose by nature, turning instead to classic “heavyweights” like Ernest Hemingway and F. Scott Fitzgerald, though both were technically far more contemptible both in alcoholic tendencies and treatment of women. Yes, to be sure, it’s more than likely a result of what a feminist Bukowski actually is that “men” have a lukewarm reaction to him. And though some may balk, “Bukowski, a feminist? Bullshit. He was a philanderer led around by his dick.” Well, at least he had one. And could romance a woman without leaving her feeling sucked dry à la Zelda Sayre (you won’t catch me referring to her with F. Scott’s last name).

In fact, Bukowski was so sensitive, so feeling (rare traits for a “man”) that he was sent into a deep depression after the death of his first love, Jane Cooney Baker. Most, conversely, would’ve just shrugged and looked for the next vag instead of mourning and writing stories and poems about it. Maybe this is what turned him cold-hearted, saying things like, “There are women who can make you feel more with their bodies and their souls, but these are the exact women who will turn the knife into you right in front of the crowd. Of course, I expect this, but the knife still cuts.” And while, yeah, he had a lot of women, it doesn’t mean he didn’t respect each of them on some level. Plus, it was pretty evident that he was willing to open his arms to the fuglier set, which is more than can be said for most authors who think they’re god’s gift to women.

What separates Bukowski as a garden variety misogynist, if that’s one’s stance on him, is that he still knew the value of women. That to live without them is inane. The same cannot necessarily be said of someone like J.D. Salinger, who could have just as easily been content with a teen boy in a long-haired wig to type his manuscripts.

So to those “men” who call Bukowski’s work puerile or created for the faux literary types, well: go buy a strap-on at Narcisse to pretend you have a dick.

Reading has seen a resurgence in popularity, what with the novelty of bookstores like Spoonbill and Sugartown showcased on the Williamsburg/Greenpoint monstrosity Girls (you’re missing a dick if you’ve seen it). That being said, many men think it’s okay to 1) Simply read a book that’s not literary but “how to” oriented and 2) That reading a book on how to do something is actually going to teach you how to do it. 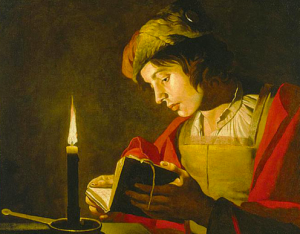 At Missing a Dick, we believe it’s important for men to understand that you should be reading real literature and that if you genuinely want to learn a trade, like blacksmithing, you should just fucking do it–hands on, balls out (’cause Christ knows you ain’t got a dick). A book cannot help you unless it’s a story about Vikings or eighteenth century courtiers.