While “men” who take ordinary selfies to begin with are already endlessly irksome (not just for their vanity, but for being classed among a certain type of dickless “male”), that irritation is compounded tenfold by those who would take a vaxxie.

And yet, it is also completely expected that “men” would be the gender to most happily perpetrate this crime against humanity when taking into account it’s very difficult for them to find a sense of pride in much of anything these days.

Considering it’s one of the few “gender neutral” things to do in 2021 (that is to say, no one can politicize the act based on gender), it’s no wonder “men” have been just as eager as women to delight in curating the image of their arm being “penetrated”—the nature of such a photo being undeniably suggestive and innuendo-laden when coming from a “man.” For, whereas Cher Horowitz said, “Sometimes you have to show a little skin. This reminds boys of being naked, and then they think of sex,” “men” now instead declare, “Sometimes you have to show a phallic symbol piercing into your skin. This reminds women of being penetrated, and then they think of sex.”

There are, of course, a number of “men” who would only seek to post a vaxxie so as to assure his female followers that he’s “ready to mingle.” A.k.a.: “Yo girl, get that waxed pussy out now that we’re both vaxxed.” As if they weren’t both flitting around even before the vaccine became available… so why bother pretending they’re both being “responsible” now? More inane still, the fact that one’s face is covered anyway for the proverbial “shot.” A “man” could just as easily post a pic of someone else with a similar build and sartorial style getting it and still pass it off as his own. It ain’t that fuckin’ special.

The “gimmick vaxxie” is also part of the more “male”-oriented version of the practice, during which the “man” in question somehow finds a way to promote himself, his “job” or some product he’s shilling as part of his “job” by tying it non-cohesively back to getting his shot. But hey, whatever works for a “man” to make himself part of a national conversation that won’t ultimately seek to berate him for his very existence. 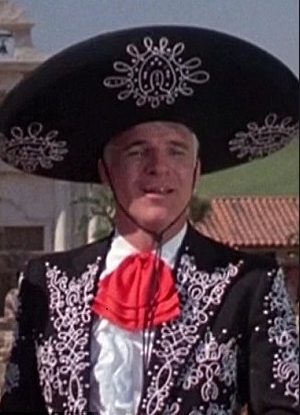 Like its cousin St. Patrick’s Day, Cinco de Mayo holds a special allure to frat boy types inhabiting Condoburg (the new Murray Hill). While each holiday promotes drinking to a blackout state, Cinco de Mayo is a bit harrier in terms of the offense “men” can cause.

You see, if we’re being honest, it’s primarily white males who enjoy “celebrating” these “holidays.” And since Irish people are white, it’s a bit less bristling when the average “man” chooses to adopt the event as his own. With Cinco de Mayo, however, things start to get a bit trickier. When a “man” dons a sombrero and drinks Corona and/or margaritas to “honor” what most people assume is Mexico’s Independence Day, but is actually a date that commemorates the Mexican army triumphing over Frenchies at the Battle of Puebla (a place where Cinco de Mayo has a legitimate right to be celebrated), it just automatically comes across as plain dickless.