There are countless condos in Williamsburg that stand for the very core of what douche baggery represents. So what makes 101 Bedford at the corner of N. 11th and Bedford Avenue so different from places like The Williamsburg or The Edge? For one, the club-like atmosphere of the lobby and common areas and, for another, the glass boxes that comprise the aesthetic of every apartment. It is just the sort of place one would expect a pod person to live. 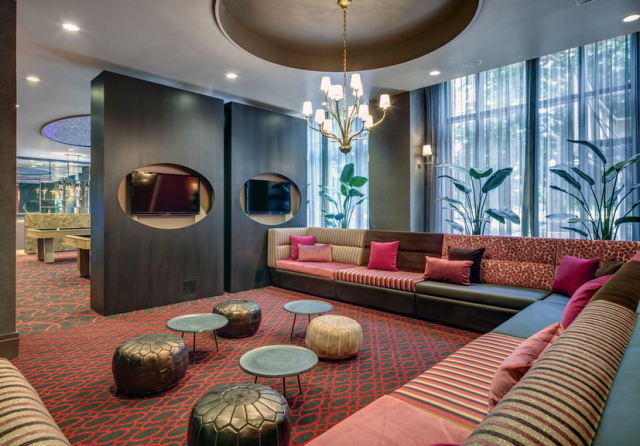 With the cheapest box being $2,700 a month, it’s easy to see why 101 Bedford attracts such dickless clientele. Amenities alone cost an extra $600 a year, so there’s no room for financially poor “men” here, just genitally poor ones. While they sun themselves on the roof deck and hover over the edge of their perch to peer at all the people beneath them, one has to wonder: What ever happened to “men” who could build their own houses? Ones that had personality and a no frills vibe. ‘Cause ask any woman and they’ll tell you they’d rather fuck Abe Lincoln than some guy who lives in 101 Bedford.