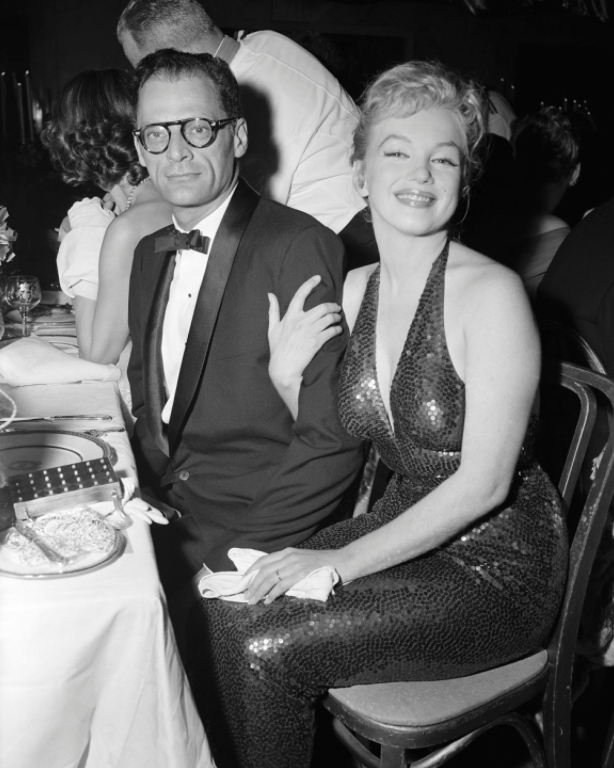 It’s never been a combination that can compute for “men”: a woman that’s intelligent and attractive. The dichotomy, to them, is stronger than a dog that can walk on its hind legs. A woman with tits and brains means that one of those characteristics will always be downgraded in a “man’s” eyes–and that characteristic is, more often than not, her “sharp cookie” persona. She can know a few things that might impress a “man,” sure (like the appropriate lines from Ulysses), but it will never be enough, as far as he’s concerned, to be an equitable match for his own so-called intellect. She is, at her core, only suitable for arm candy, and must be “educated” on a near constant basis about those things that she knows nothing of (“Tell me the part about Kenny G again,” comes to mind).

While a little bit of Eliza Doolittle/Professor Higgins role playing can be kinky now and again, the problem with this dynamic is that, in the end, he fundamentally only wants her to be visually pleasing over mentally stimulating, and will therefore come to resent her in the long run as she continues to flourish–or rather, resent her in the short run, when you gauge just how quickly a “man’s” opinion of the one he “loves” can devolve. Soon, he begins to bear a grudge toward her for being too deft of a caramel inside that smooth, eye-catching chocolate shell. This, to him, makes her an incongruity. She is someone to be embarrassed of, undercuttingly mocked and, eventually, used for some form of artistic fodder. Yes, it’s exactly what happened to Marilyn Monroe with Arthur Miller. And, like Marilyn Monroe, all you’ll end up for your trouble of attempting to impress a “genius” of a “man” with your never-adequate-enough intelligence is an intensified addiction to drugs as a replacement for the lack of love you’re getting return. Thus, he has technically succeeded in making you dumber than he (is that grammatically correct enough for you?) for choosing to stick around and letting your mind be whittled away by the abuse of his ridicule.