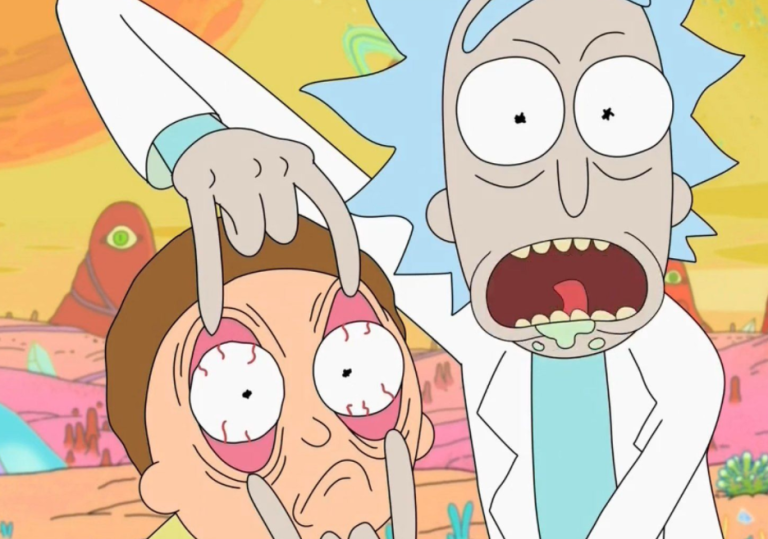 What woman among us hasn’t been subjected to watching Rick & Morty at some juncture during “consistently” banging a “man” of the unavoidably puerile variety living in North Brooklyn? At some point or another, the show is bound to come up–either in conversation or in the morning. They’ll tell you that you’ve simply got to watch it, that you’ll instantly fall in love with the unlovable Rick, alcoholic mad scientist and grandfather to impressionable adolescent Morty. So basically, that you’ll have a better time watching this show than you did having sex with this person.

In your weakened hangover haze, you will oblige because, honestly, it’s way too early to go back out into the MTA-run world and when you see Rick and Morty–or sometimes Rick and Beth–hop through dimensions of the multiverse, you’ll try to tell yourself, “Yeah, yeah. This is way existential. Like Cher thought Ren & Stimpy was.” But it’s, at its core, an abrasive cartoon for the “boys” of Neverland who still somehow condescend to women in spite of sitting at home in the middle of the day smoking weed and watching this lauded show.

Then again, as Rick has said, “Nobody exists on purpose, nobody belongs anywhere, everybody’s gonna die. Come watch TV.” So you do. Because you’ve got to put in the effort if you’re going to get a few subsequent “dick” appointments.