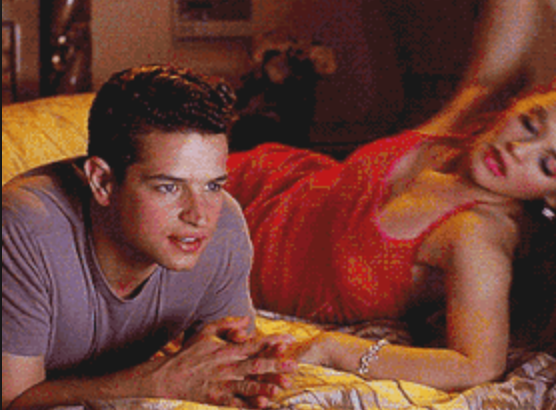 There are some people who simply can’t be happy unless others are miserable. This is just such the case with “men” who have nine to five jobs–or worse, the type of job that forces them to rise even earlier than that. And though you might have given him an orgasm just hours before, he seems to suddenly have forgotten the service you’ve done him, in turn doing you the disservice of shuffling you out of his boudoir and therefore apartment so that, God knows what, he can prevent you from riffling through random boxes that might reveal what Carrie Bradshaw would call his “freakdom.” But then, considering that everything of incriminating or sentimental value is intangible nowadays, this speculative paranoia really makes no sense.

What’s the harm in letting the one you banged remain a little longer in your sandpapery sheets? Doesn’t she deserve the luxury of sleeping in, of collecting herself so that she might take stock of just how damaged she’s becoming from all the strange “dicks” she allows inside of herself? Or is it that a sick part of the natural sadist within the “man” wants to envision her walking down the street looking mangy, like a rode hard and put away wet (though vaginally dry) animal? Whatever his motives might be, none of them could possibly warrant ejecting the woman he boned out like some common prostitute. Because at least prostitutes get paid for their shame and disposability.