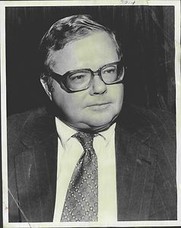 There’s little need for “men.” It becomes more apparent as time wears on, though it’s always sort of been there, tacitly waiting to jump to the surface and threaten their existence. And yet, today is a day it must be admitted that women need them–at least the stodgy old fucks in the electoral college that might still give the U.S. a chance to not go full-on Nazi.

Yes, it is up to those “men” who are faithless electors to salvage any hope–especially and specifically female hope for what the future holds post-2016. Historically speaking, it is possible (though extremely rare) for faithless electors to make a difference, as they did in 1836, when a group of twenty-three Virginia electors abstained from voting for their appointed Democratic vice presidential candidate, Richard M. Johnson (it was because he had a slave mistress–like everyone else of the hypocritical time).

In truth, what we really need on our hands are a slew of Roger MacBrides, the first man who ever cast his vote for a woman (Tonie Nathan, for the vice presidential role) in lieu of sticking with his Republican candidates, Richard Nixon and Spiro Agnew.

Considering the extremely disturbing and indisputable information the electoral college has about Russia and its involvement in hacking the election to favor Trump, if these faithless electors don’t come through (and they probably won’t), well, it’s only going to solidify the already pervasive faithlessness in “men” women rightly have.