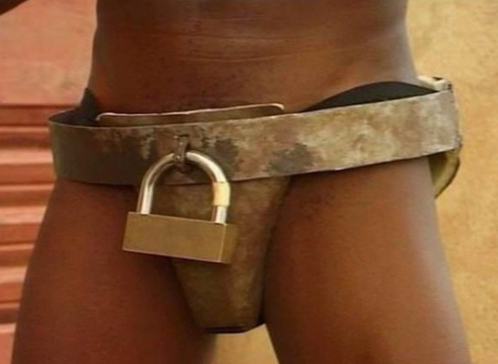 One supposes the worst aspect of the so-called equalization of the sexes is that it has turned “men” quite tame with regard to their ability and/or desire to pursue women. And unlike in the past, if a woman currently expresses a desire to receive some dick, she is not looked on as a rare opportunity so much as probably the type to be packing an STD. Thus, a metaphorical chastity belt has been placed upon many “men,” not wanting to deign to lasciviously chat up a woman lest it be deemed somehow an assault on feminism.

And so, now, a girl who wants nothing more than to rip her clothes off and get fucked simply can’t survive in this world of pervasive chastity belts without having to pretend to be sweet, cloying and disinterested to get what she wants. It rather goes back to (as it always does) Sex and the City, when Samantha has to ask multiple times, “Wanna fuck?” to the men in her yoga class before someone finally agrees. But Jesus, it really shouldn’t be this much of a challenge to incite a “man’s” desire to bone. Once upon a time, when women were meeker, it was what they were all about.