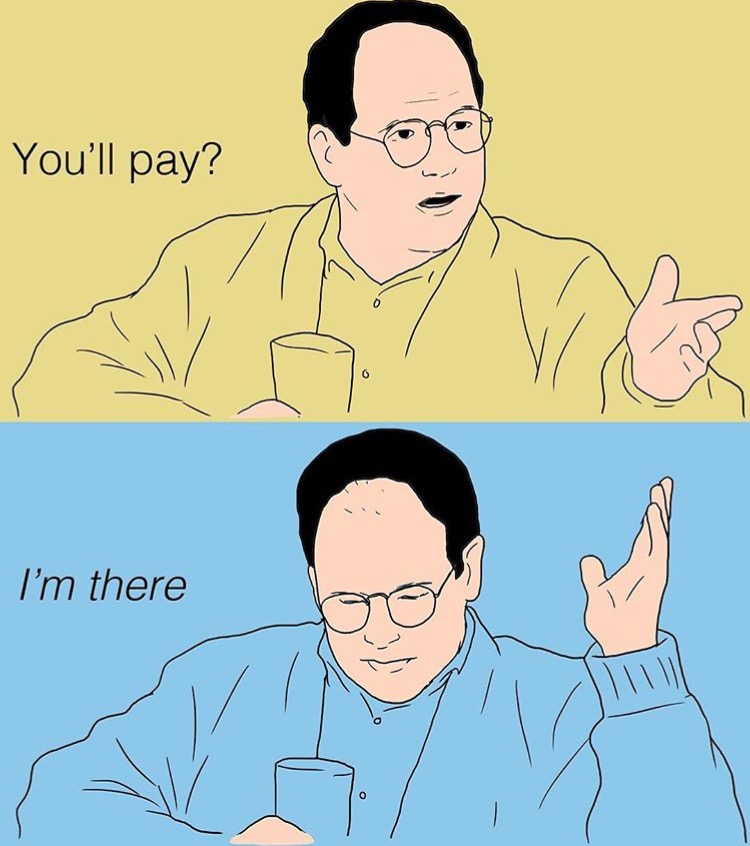 We understand. Equality means a woman pays for her shit and a “man” pays for his. And that’s fine, one supposes. ‘Tis the price a female must literally pay in order to prove the general inanity of “men.” But when blokes start showin’ they ass by suddenly only getting metaphorically erect at the mention of your ability to buy him something if it means cajoling him to go out, that’s when it’s time to move on to another “man” who might not be so flagrant with his George Costanza-ness. 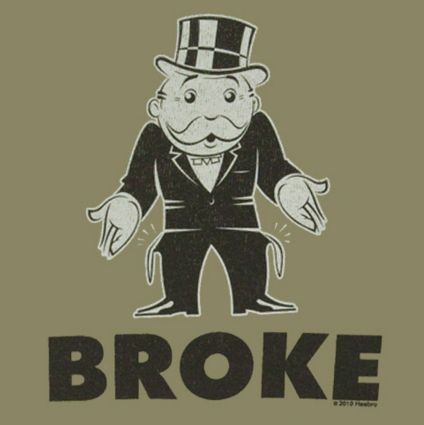 Of course, he’ll try to convince you that it’s your fault for always wanting to do expensive things like, you know, perform the basic human function of drinking alcohol and eating, but you can’t let his line of reasoning dupe you. The only truly broke people in America are the ones who have to ride the bus in Los Angeles because they can’t afford to make minimal car payments for the next million years. He has no excuse for ejaculating at your offer to pay. And also, you shouldn’t have to buy a “man’s” time (unless it’s Jon Voight’s in Midnight Cowboy). If he wants to be with you/enjoys the same activities as you, it doesn’t need to cost you.