Flakery (and fuckery) is a common trait in the twenty-first century male. More often than not the average “man” will make plans with no intention of follow-through. He merely agrees to them as a means for placation or to not come across as the dick that he is/mask the dick that he doesn’t have. 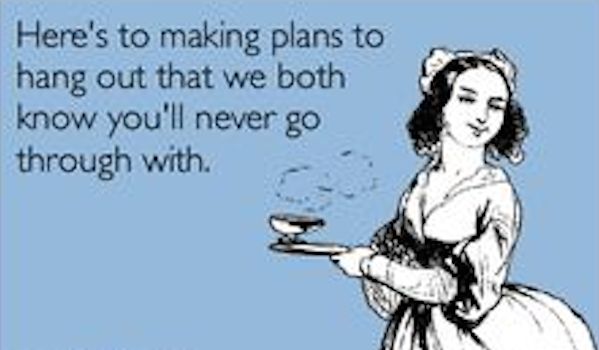 The plight of dealing with the flaky “man”

When you’re dealing with a “man” of this nature, it’s best to endure the flakery no more than three times in a row, and then cut off all communication (since you can’t cut off a wang that isn’t there). The more you indulge a “man” who makes false plans, the more he’s liable to do it to other women in the future. And if he can’t be bothered to follow through in life, then he surely won’t be bothered to follow through in bed.