It is a truth universally acknowledged that pit bull owners are the scum of the earth. Case in point is a recent scuffle that occurred in Williamsburg involving a 20-year-old punching a 65-year-old over the fact that the dog being walked by the latter was a “pussy” in the eyes of the former. 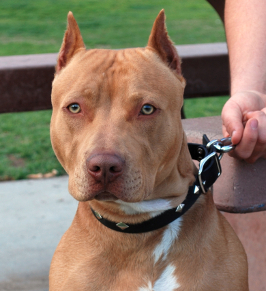 Being that all dogs worth their weight in owning at a domestic level are docile, gentle “pussies,” the actions of this Williamsburg “boy” are not only extremely skewed in terms of perspective, but also a prime example of ageism in the neighborhood. For the most part, elderly people with animals have them as a source of comfort and solace. But in Williamsburg, you’re only allowed to be old enough to have a baby and a condo, not so old that you look like that guy at the end of Logan’s Run.