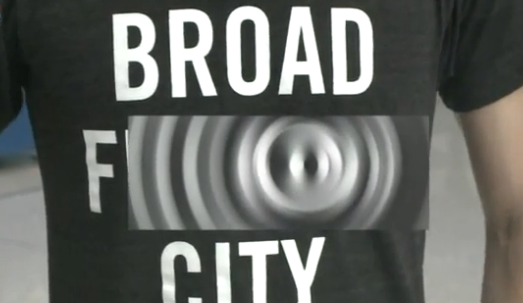 Broad City is a magical show. We can all admit this. It is a breath of fresh air in the wake of false representations of twenty-something life in New York as perpetuated by Girls, or what I like to call Dunghole Half Hour. But it risks being tarnished when “men” like the one who kicked another “man” off a plane going from Austin to Chicago prove that the world isn’t fully ready for Broad City‘s amazingness.

Perhaps the primary issue was the fact that the “man” wearing the t-shirt was flying on a plane that had to be diverted to St. Louis, a city that still gives a shit about notions of “decency.” It was there that he deboarded wearing the shirt that read “Broad Fucking City” (supplied to him by Comedy Central while he was attending South by Southwest) and it would be there that he was prevented from re-entering the plane by the agent at the gate. The flight was run by Southwest Airlines. Telling, indeed.