So I know living in Williamsburg automatically means you have money to burn, but leaving one’s door unlocked to invite the pilfering of your possessions seems hyperbolically wasteful. It’s like you’re inviting Christopher Lloyd in Dennis the Menace to creep into your house and start shoveling the silver into his nondescript, shapeless beige sack. 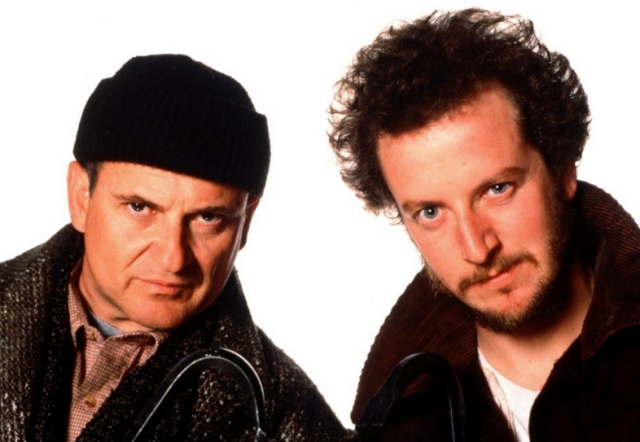 Waiting for those unlocked doors

In fact, to reference another John Hughes movie, one would think Harry Lime in Home Alone was alluding to Williamsburg when he said, “I bet they don’t even lock their doors.” Even if the motive for not bothering to secure one’s apartment before leaving for an overpriced brunch at Pies ‘n’ Thighs is due to a Buddhist approach wherein possessions mean nothing to you, wouldn’t you want to at least give it to someone with more gumption? Someone who would plunder from the Upper West and East Side rather than take the easy route of stealing from rich people by honing in on Williamsburg?