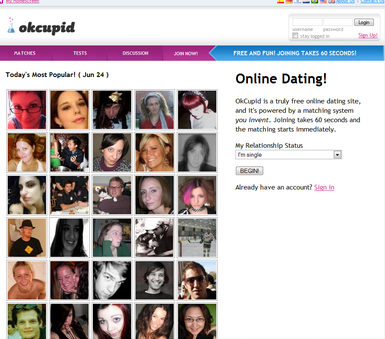 OKCupid as a concept is already rather comical, though somewhat understandable for a generation of lazies who can’t be bothered with a real encounter. But when men actually use OKCupid in the hope of piecing together a “genuine” relationship, well, it’s just quite sad. To think that the girl you’re going out with is doing so for anything other than a free dinner is not just naive, but perhaps a sign that you’re a dullard. Although Williamsburg is getting to the point where it’s so edgeless that eHarmony is probably to become the more frequently used dating website than OKCupid, it’s important for dickless men to know that they’re being taken advantage of for their pockets. So just get a pocket pussy instead.